In the years after my son went to school, I designed a 10 hour course titled, A Course in Living Consciously, teaching the processes that I had learnt through the inevitable experiences of life. 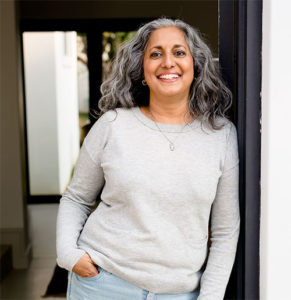 One of those inevitable experiences required that I pack up my family home of almost 20 years, for the most part solo. The house was sold and the date of occupation arrived to find me still standing amongst boxes in two outside rooms. Shaken by the fact that I had missed a deadline, unheard of in a previous incarnation, I recognised that this had been the second hardest thing that I had done in my life, both physically and emotionally. Ever so slowly the germ of an idea formed: that I could help others make this transition with empathy and care. This is where Michele comes in. In those two weeks, Michele would come by or phone to check if she could help and most afternoons, with me swinging between tears, overwhelment, laughter, humour in some shades of black, slight hysteria and exhaustion, we would pack up Michele’s car, since I didn’t have one at the time, and set off for charities or the dump or to our mutual friend’s house where I had been generously given a room for storage.

Seven months later I got to do it all again. This time I packed up, sold off and donated the contents of a 5 bedroom holiday home in Clarens, Free State in 12 days, stopping only long enough before my head hit the pillow to see if my son was turning feral and, through the care of new friends there, he wasn’t.

In the months since we began exploring the idea for the business and in setting it up, people have shared many stories with us about their own experiences of packing up their homes, or their parents’ homes. We have heard firsthand the full range of emotions that this subject evokes. What is clear is that everyone thinks about it at least sometimes. Those with elderly parents for sure, but even those who live alone have to decide what they would do ‘when the time came’. And here’s the thing: most people behave as if they know for sure when the time will come. With absolute certainty they say what they will do when they are 75 or 80 with no thought that this may not quite be within their control.

A friend remarked to me recently, and I hope she’s correct, that in establishing Transition Solutions we have started a conversation. A conversation about aging, about moving into another phase of our lives, about downsizing, about where we will live, about our health and what will be possible ‘when the time comes’.